Thank you to all who attended the workshop!

You are invited to participate in the ASME-MSEC Workshop on Gamechanging Ideas for Cost-Effective Low-Volume Manufacturing at the ASME-MSEC Conference taking place June 4-8 at the University of Southern California, Los Angeles, CA. Together we will explore opportunities and challenges for manufacturing products in volumes too high to “print” or “machine” one at a time, yet too low to justify tooling investment. Low-volume manufacturing of innovative and specialized products at economical pricing is needed in nearly every industry, yet mature manufacturing technologies capable of economically producing such products are limited. The purpose of this interactive workshop is to listen to experts, share ideas and build partnerships to broaden technical capabilities and access to low-volume manufacturing. The workshop will explore potential low-volume manufacturing technologies, including, but not limited to: 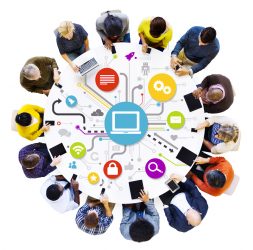 After a keynote speaker and invited researchers briefly explore the current state of the technologies, attendees will participate in breakout sessions to identify critical areas for further R&D and federal funding. The recommendations of each session will be reported out to the group and consolidated into a published whitepaper available on MForesight’s website.

This workshop is sponsored by MForesight. 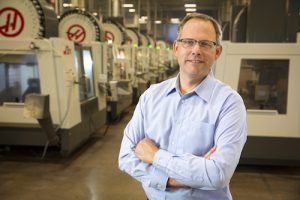 Rich Baker is the Chief Technology Officer at Proto Labs. Prior to joining Proto Labs, he served as CTO at PaR Systems where he led a team of 100, delivering unique manufacturing systems to a diverse set of industries. From 2005 to 2014, Baker helped grow MTS Systems from a $300 million to $600 million company, holding a variety of leadership roles during his tenure.

Jian Cao is the Cardiss Collins Professor of Mechanical Engineering, Director of Northwestern Initiative for Manufacturing Science and Innovation, and an Associate Vice President for Research (AVPR) at Northwestern University. She was at the National Science Foundation as a program director for two years. Prof. Cao’s research interests are related to innovative manufacturing processes and systems. Her research has integrated analytical and numerical simulation methods, sensors and control, and design methodologies to advance manufacturing processes. Current research on flexible dieless forming, micro-forming, laser ablation processes and additive manufacturing has direct impacts on energy-efficient manufacturing, surface engineering and distributed manufacturing. She has published over 300 technical articles, including over 150 journal articles, 14 book chapters, and 13 patents. Professor Cao is an elected Fellow of the International Academy for Production Engineering (CIRP), Society of Manufacturing Engineers (SME), and American Society of Mechanical Engineers (ASME). Her major awards include SME Frederick W. Taylor Research Medal, ASME Blackall Machine and Gage Award, ASME Thomas JR Hughes Young Investigator Award, and NSF CAREER award. Prof. Cao is the Technical Editor of the ASME Journal of Micro- and Nano-Manufacturing. She served as President of the SME North America Manufacturing Research Institute, and Chair of ASME Manufacturing Engineering Division. As an AVPR, Prof. Cao oversees the unit that administers the university’s core facilities and several University Research Centers, and fosters the collaboration between the physical sciences and engineering and the other disciplines across and beyond Northwestern.

Glenn Daehn is the Fontana Professor in the Department of Materials Science and Engineering at The Ohio State University. Glenn’s research, education and service efforts are all broadly related to the interwoven themes of Midwestern manufacturing revival. Glenn has been involved in a range of activities that encourage deep interaction between academia and industry. He was the founder and is the current Director of the Ohio Manufacturing Institute. He is part of OSU’s leadership team for the Lightweight Innovations for Tomorrow Institute, founded by EWI, University of Michigan and Ohio State. He leads the Agile Manufacturing and Low Cost Tooling pillar. He also plays central roles in Ohio State’s manufacturing initiatives including the Center for Design for Manufacturing Excellence and the Materials and Manufacturing for Sustainability Discovery Theme Initiative.

Recently, most of Glenn’s research is focused on impulse-based manufacturing. This technology allows new ways of shaping, cutting, joining and processing materials. In addition, Glenn is passionate about connecting kids in the K-12 pipeline to careers in the STEM fields.

Hitomi Yamaguchi Greenslet is an associate professor in the Department of Mechanical and Aerospace Engineering at the University of Florida since October 2007. Her research interests have evolved throughout her career and now include ultra-precision finishing (such as magnetic field-assisted finishing), surface functionalization, and medical-device development. Her work has been published in over 80 refereed journal papers, and she has been granted 8 patents. She has received several awards, including Outstanding Young Engineer awards from JSME (Japan Society of Mechanical Engineers) in 1995, SME in 2000, and JSAT (Japan Society for Abrasive Technology) in 2003. She is currently the secretary of the Scientific Technical Committee for Abrasive Processes (STC-G) of CIRP (the International Academy for Production Engineering). She also serves as the secretary of the North American Manufacturing Research Institute of SME. In recognition of her contributions, she has been elected as a fellow of both ASME and SME.

David E. Hardt is the Ralph E. and Evelyn F. Cross Professor of Mechanical Engineering in the Laboratory for Manufacturing and Productivity at MIT. Professor Hardt has been on the faculty at MIT since 1979, focusing on manufacturing with an emphasis on process control. His teaching  ranges from basic system dynamics and control to  manufacturing  and process control with an emphasis on statistical methods. His process control research has centered on a variety of processes from welding and sheet metal forming to micro-embossing and most recently continuous soft-lithography. In all cases the work has led to the development of novel equipment (including reconfigurable tooling). He has served as the Director of the Laboratory for Manufacturing and Productivity, Engineering Co-Director of the MIT Leaders for Manufacturing Program, MIT Director of the Singapore MIT- Alliance Program in Manufacturing Systems and Technology, as well as serving as Graduate Officer for Mechanical Engineering. He led the development of the Master of Engineering in Advanced Manufacturing degree program at MIT, and participated in the Advanced Manufacturing Partnership 1.0 workforce team as well as the MIT “Production in an Innovative Economy” commission. He is currently leading an effort to create an on-line program in the “Principles of Manufacturing.”

Jose Ulloa is the Senior Manager of Process Development and Tooling Design at Boston Scientific, making Implantable Pulse Generators and the respective Leads used in the field of pain management. Before joining Boston Scientific, Jose was responsible for making Implantable Lithium Ion batteries used in the Implantable Pulse Generators as well as Cochlear implants. In addition, Jose has worked in the optical industry making Contact, Intraocular and Spectacle lenses. Jose has supported these industries in tool design and industrial automation and has managed several product transfers to manufacturing as part of the Process Development Cycle. Jose has over 35 years of experience in the medical device industry interfacing between R&D and Operations. He has a BS in Computer Science, AS in Electronic and extensive experience in Mechanical Design.

Daniel F. Walczyk, Ph.D., PE is a Professor of Mechanical Engineering in the Department of Mechanical, Aerospace, and Nuclear Engineering and also Director of the Center of Automation Technologies and Systems, a NY-designated Center for Advanced Technology that focuses on advanced manufacturing, applied robotics and automation. He received a B.S. from Syracuse University in 1986, a M.S. from Rensselaer Polytechnic Institute in 1991, a P.E. License from New York State in 1994 and a Ph.D. from Massachusetts Institute of Technology in 1996, all in mechanical engineering.

Prior to becoming a graduate student, Dr. Walczyk worked for seven years in industry, primarily with GE, as a machine designer and research engineer. Since becoming an academic in January 1996, he has received several awards and honors including a DAAD Fellowship (1995), NSF Faculty Early CAREER Development Award (1998), Loctite Corporation Summer Engineering Faculty Fellowship (1998), and a Presidential Early Career Awards for Scientists and Engineers (1999), SAE Ralph R. Teetor Educational Award in the Aerospace Category (2000), ASME Fellow (2011) and Albany Business Review Burt Swersey Higher Education Award (2016). He is also a holder of ten U.S. patents, most related to new manufacturing processes.

This interactive workshop brought together over 75 manufacturing experts to share ideas and build partnerships to broaden technical capabilities and access to low-volume manufacturing.

The recommendations of each session will be consolidated into a forthcoming whitepaper to be published on MForesight’s website.